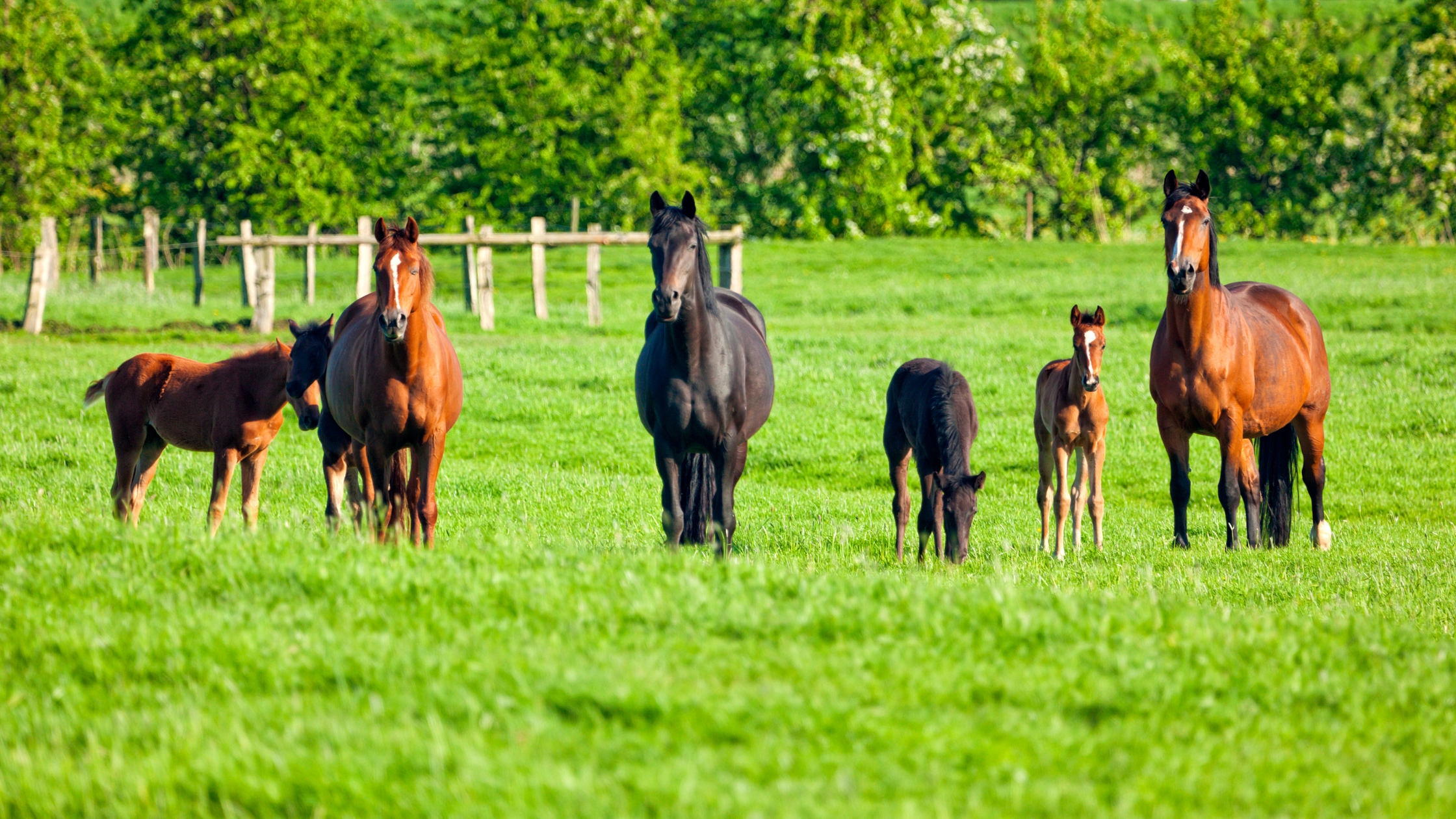 The foals are dropping, and not all get a great start in life. One foal, in particular, was a little filly that had to be rushed to emergency care to be hooked up to an IV to be given different nutrients.

Some issues can arise with a pregnant mare and its foal, but I wanted to share something interesting that is important to raise awareness. It is called Neonatal Maladjustment Syndrome (NMS), or it is also called “Dummy Foal Syndrome.” NMS is a syndrome where newborn foals exhibit unusual behaviours, which can occur in three to five percent of live births. These behaviours can include aimless wandering, hypersensitivity to loud sounds and brightness, weakness or coordination issues, and the incapability to nurse. – https://en.wikipedia.org/. This typically means that the foal will need round-the-clock care. The foal will need a feeding tube and IV fluids, and unfortunately, some of them will pass away.

The good news is there is something called the Madigan Full Technique (MFT). MFT is an approach developed to create pressure that mimics the normal birth canal pressures, which are believed to signal the foal to transition from sleeping in the womb to wakefulness. – https://ceh.vetmed.ucdavis.edu/. The squeeze triggers some biochemical changes in the central nervous system that are critical for helping the foal.

The idea is that the pressure around their torso will cause the foal to go into a sound sleep during the squeeze process, which is held for approx. 20 minutes. The pressure is then released, and the foal will awaken themselves almost like they’ve just come out of the birth canal, and the goal is that once awake, they will search for their mom and then have that stimulation to want to nurse and care for themselves, it’s almost like a reset.

Drop us a comment. I would love to know if you or you know anybody who’s tried this, if it was successful and how that foal is doing.

Remember, you can always check out more great free resources and other information at https://harmonyhorsemanship.com/  or check me out on my personal website https://www.lindseypartridge.com/ .